Over the last few months we’ve had a decent number of Indochinese Spitting Cobras captured within the rural areas of Sakaerat Biosphere Research Centre. Things are a bit different with Monocled Cobras, which are found mainly in forested areas and are harder to encounter. That is why it was great news when one of our fellow researchers (Katie and Wyatt) noticed a big individual in the plantation forest.
The large male was crossing a dirt road before he was spooked by the researchers and retreated under a rock. It took a while but with the help of our colleagues Curtis was finally able to dig him out and capture him.
Naka021 proved to be the second biggest cobra we have had in our project at 1.5 kg and 1.75 m long.
This individual did not like to be handle at all and I must admit, it was the most ballsy kaouthia I ever worked with.

this snake spat twice during our planned photo session. Because of its attitude photos in studio were not possible, but luckily we managed to get some shots during the release of this magnificent individual. 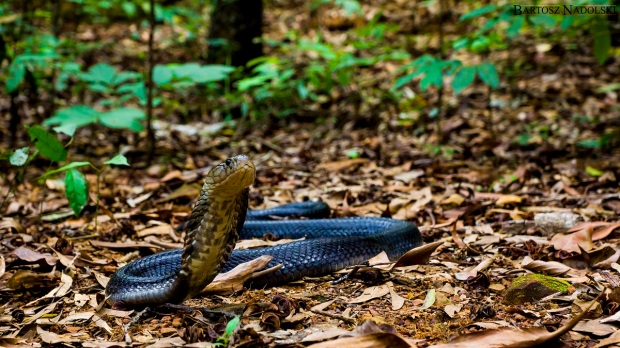 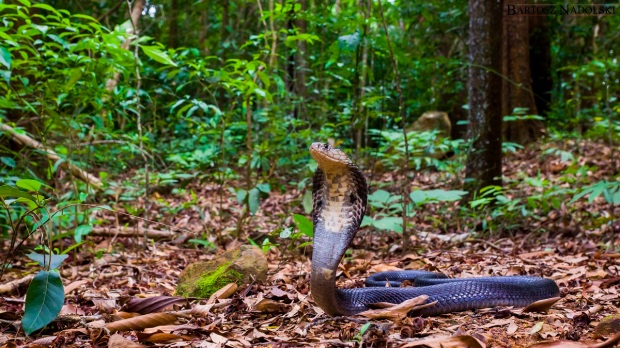